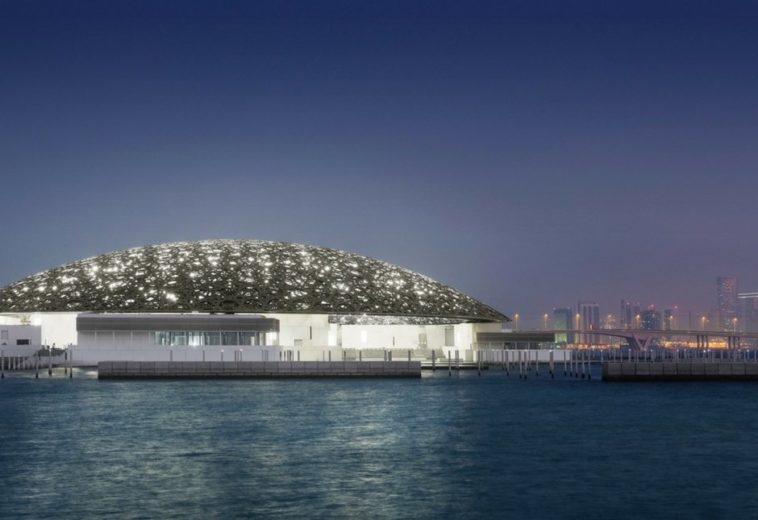 After several years of design and construction, the new Louvre Abu Dhabi is ready to welcome tourists and artists from all over the world and let them know about arabic art and culture. The  Louvre Abu Dhabi, inaugurated in the presence of French President Macron, has been designed by the French Architect Jean Nouvel and will host 600 authentic Arabic works and another 300 that will be provided by the Parisian Louvre and other French museums. A multi-year collaboration with some of the most famous French museums has been signed, and it will provide the Arabic Louvre with some of the most famous works of art by Leonardo (from the Louvre), by Jacques-Louis David (from Versailles) and by Vincent Van Gogh (from Orsay). 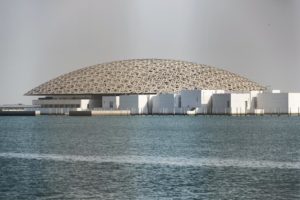 Abu Dhabi was nothing but a small fishing village, that today has become a metropois with tall skyscrapers and majestic structures. An evolution that began in the late 1950s, with the discovery of numerous oil fields, a period in which a stron develop has started. With the creation of a small town of culture on Saadiyat Island, Abu Dhabi is now seeking to become the center of Arabic culture.

The Louvre Abu Dhabi has the architectural appearance of a giant dome (180 meters in diameter), whose roof is made up of geometric shapes that recall the stars and resemble the classic Arabic style. These figures are made up of 8 layers of steel and their arrangement has been specially designed with the aim to filter the daylight, but at the same time creating special light effects changing during the day and in the different seasons. Inside the museum, designed by Nouvel, there are 23 permanent galleries (8,600 square meters), with thematic areas hosting both history and contemporary art.

A curiosity emerged during the presentation of the project, concerns the emir of Abu Dhabi Sheikh Zayed. During a visit to the Louvre in Paris in 2005, he was so astonished and impressed by the museum that he said to his collaborators: “One day we will have a museum like this!” And by the end of 2017, emir Sheikh Zaied has his own Louvre. 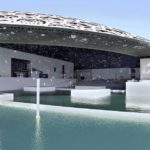 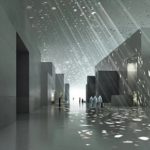 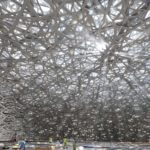 Despite the satisfaction with this important project, some controversial issues have emerged over the years. Among the doubts that led to the construction of the Louvre in Abu Dhabi, raised by some industry experts, and which, basically, have delayed the construction times of 5 years, there have been both economic and cultural critiques but also relative to the preservation of the masterpieces moved in Abu Dhabi. In fact, the costs have important numbers, one billion euros and almost half (400 million) has been used to obtain the permission to use the Louvre brand; there was also the accusation by some French associations of the obvious merchandise of such an important brand for French culture (such as that of the Louvre); many have exposed their concerns about the preservation of the masterpieces, moved in a very warm country, like Abu Dhabi, in which the weather is not suitable for such delicate artworks. 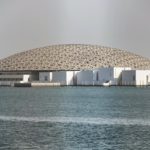 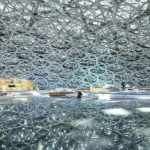 It is surprising to think that in a few years there will be a cultural district (in fact, an entire island) in the world, where there will be 3 museums designed by 3 different international archistars. But the strategy adopted in Abu Dhabi, which has become a kind of Arabic culture capital, is quite clear and goes beyond what the other metropolises of the United Arab Emirates built over the years: Dubai is known as the capital of tourism in terms of luxury and fun; Doha, has chosen to be a pioneer in sports (on more than one occasion Doha has hosted major events and in 2022 will host the Football World Cup); while in Abu Dhabi the focus will be on culture, to which Saadiyat Island is dedicated. 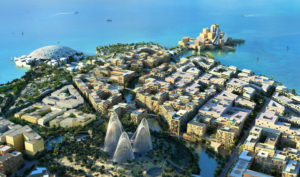