Scroll Down
Categories
//The Serpentine Pavilion by Frida Escobedo: history, aesthetics and functionality

The Serpentine Pavilion by Frida Escobedo: history, aesthetics and functionality 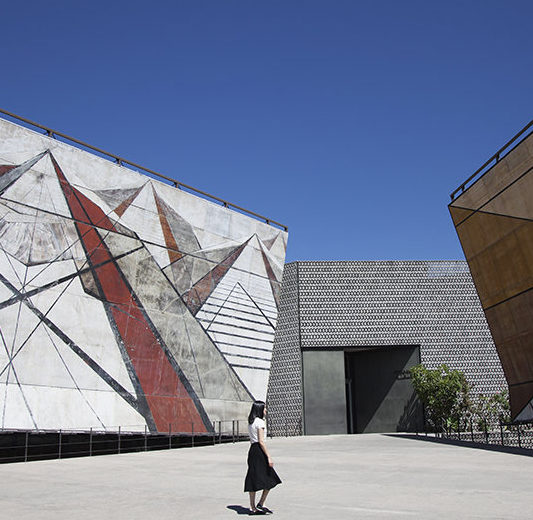 The Serpentine Pavilion 2018 by Frida Escobedo

Mexican, born in 1979, Frida Escobedo is a young, fast-emerging personality on the global architecture scene. Her project is a unique blend of Mexican and British building techniques. Escobedo’s Pavilion will take the form of a traditional Mexican courtyard comprised of two rectangular volumes. These will be enclosed by a breeze wall composed of a lattice of cement roof tiles. This is an interpretation of the celosia – a traditional breeze wall also common to Mexican architecture – which is usually none other than a slab of stone or bronze, embellished with drawings and geometric shapes, used to define reserved spaces inside or outside buildings.

Enhancing the whole will be a slightly curved canopy, clad with mirrored panels, covering a triangular pool. All this creates a beguiling atmosphere, a play of light and shade, geometry and reflection. The pool itself offers further intrigue: it points towards the Greenwich Meridian and as the Sun moves across the sky, the hours are marked by a fascinating alternation of light and shade. In short, Frida Escobedo’s Serpentine Pavilion blends history, aesthetics and practicality. 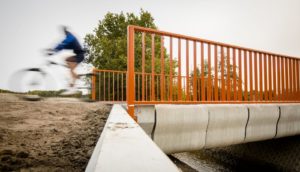 The pavilion will be the theatre of a packed events programme dedicated not just to art, design and architecture but also cinema, music and dance. It will also be a great place to take a coffee break. “For the Serpentine Pavilion 2018”, stated Frida Escobedo, “I wanted to create a place where people can contemplate and meet, a structure that works like a clock, marking the passage of time”.

Hans Ulrich Obrist and Yana Peel – Artistic Director and CEO of the Serpentine Gallery – are highly enthusiastic: “The Serpentine Pavilion 2018 by Frida Escobedo promises to be a place of inner reflection and outward encounters. It’s a bold project that offers a fresh take on traditional public spaces”.

Who is Frida Escobedo, the enfant prodige of modern architecture?

Born in Mexico City, Frida Escobedo opened her own architectural studio at the age of just 27. She made an impact in the architecture community with projects designed to “reactivate” abandoned or decaying urban areas through minimalist yet extremely effective intervention. The Librería del Fondo Octavio Paz in Mexico City and the La Tallera Siqueiros gallery in Cuernavaca, Mexico (see following photo) offer two stunning examples.
The latter was presented at the 13th edition of the Venice Architecture Biennale in 2012, projecting the Mexican architect to the forefront of the European scene. 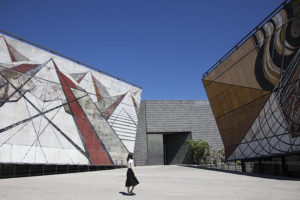 After a series of exhibitions in the world’s major cities – such as the exhibition at the Lisbon Architecture Triennale in 2012 and 2013 and the creation of a pavilion at the Victoria and Albert Museum in London in 2015 – Frida Escobedo received some of the most important awards in architecture: the Young Architects Forum, the Ibero-American Biennale of Architecture and Urbanism Prize 2014, the Emerging Architecture Award of the Architectural Review in 2016 and the Emerging Voices Award in the USA, received in 2017 from the Architectural League of New York. With the Serpentine Pavilion 2018, Frida Escobedo has achieved the umpteenth success of her career and become the youngest architect and only the second woman – after archistar Zaha Hadid – to be asked to design the pavilion. Will she succeed in going on to become the first woman to take the Pritzker Award?

The Serpentine Pavilion: who designed it in past years?

The Serpentine Pavilion 2017, designed by the African architect Diabedo Francis Kerè, was a huge success. It is shown in the following 2 photos. 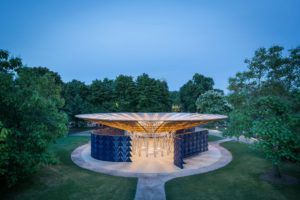 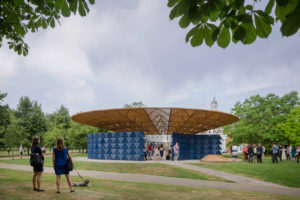 There follows a list of the Serpentine Pavilion architects from 2000 onwards: 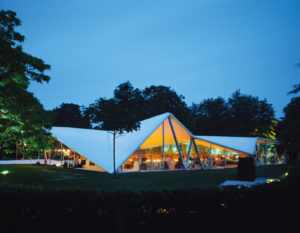 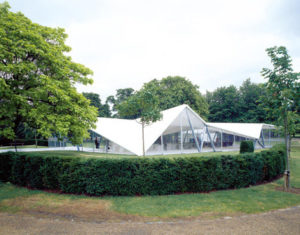 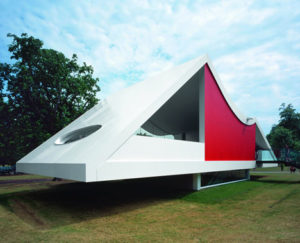 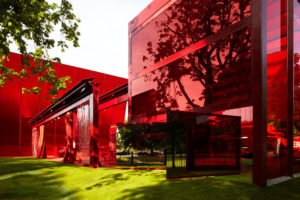 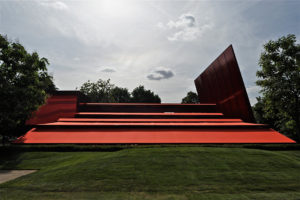 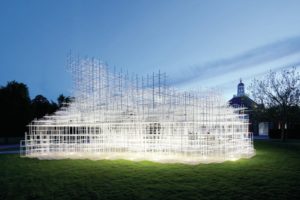 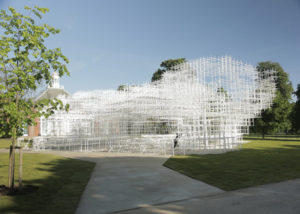 Prestigious names, then, which underscore the importance of this event! The inauguration will take place on 15th June 2018. Curious to see how Frida Escobedo’s Serpentine Pavilion 2018 will look?