Scroll Down
Tags
Categories
//How Instagram is changing design 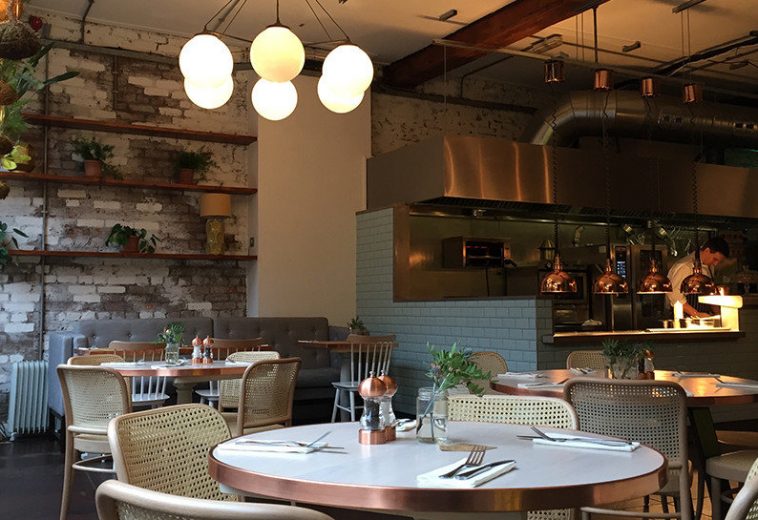 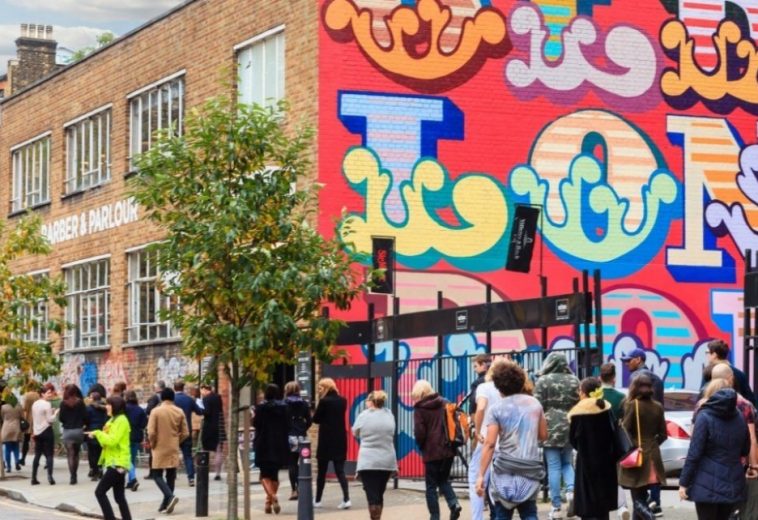 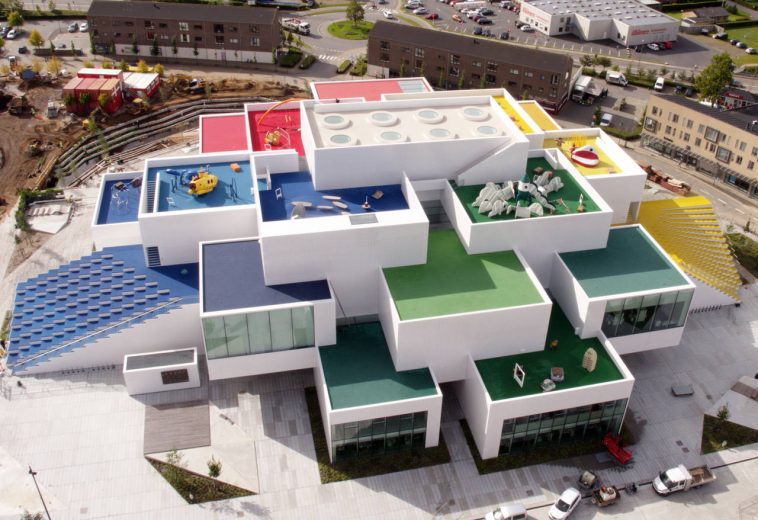 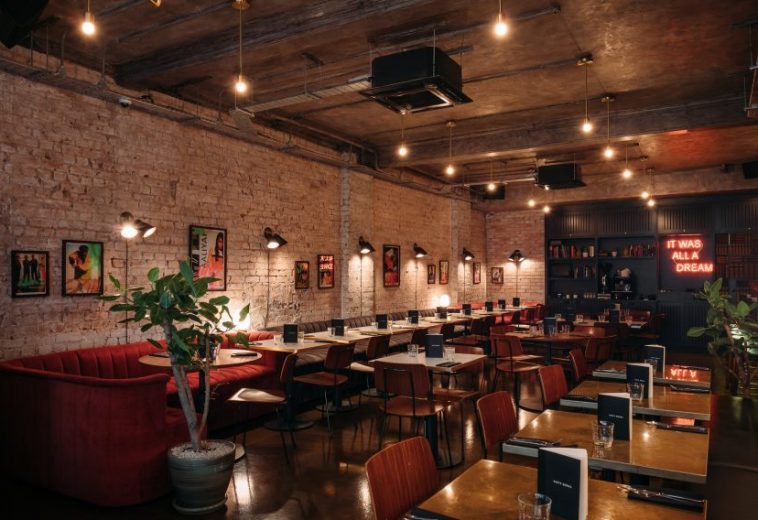 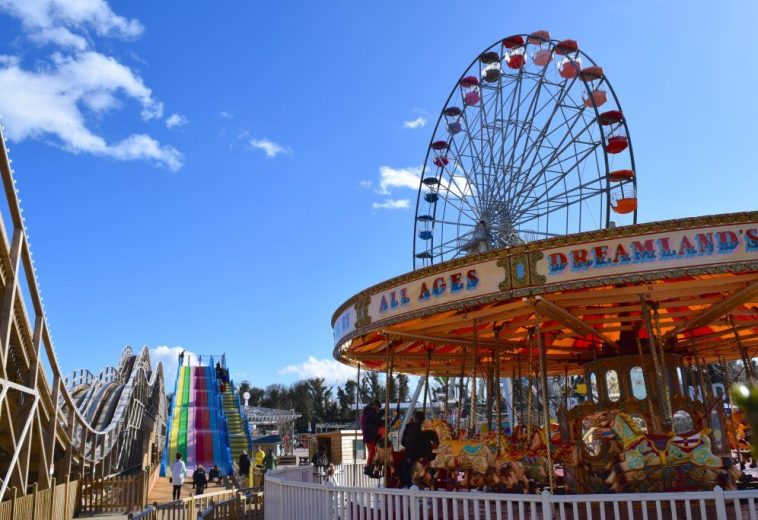 Photographing and posting on your instagram profile the pictures of the food served at the restaurant is still a well-spread trend so much so that in most cases you prefer a nice dish to photograph taking into the background factors such as flavor or quantity. Elena Marinoni talked about it during Next, the trend talk, about how aesthetic perfection is now sought after in every activity: entire neighborhoods, facades of buildings, squares and tourist spots are subjected to continuous restyling to be more photogenic on social media.

An interesting article by The Guardian has collected a series of places around the world that have chosen as a communication and commercial strategy to be instagrammable, using designers and interior experts to grab customers with photos, tags and hashtags. In this article we will look at some examples asking ourselves: but can all this change the way of designing and designing spaces?

History and tradition are not enough. Places must be instagrammable

No longer history and tradition are decisive in choosing the place to spend an evening. If, for example, you are in Madrid and you are looking for a place to eat a typical Spanish dish, tradition will surely take you from Sobrino de Botín, the oldest restaurant in the world, opened in 1725, and frequented by famous people, including Ernest Hemingway; some commentators on TripAdvisor define it as a “cramped” place with “narrow stairs”. In the 18th century, when this restaurant was born, certainly lighting and setting had negligible importance compared to eating and drinking well; but in 2018, customers expect a lot more. In the digital age, the places where we decide to go, eat and stay must also be instagrammable: design will not be everything, but at this moment it certainly plays an important role in customer needs. 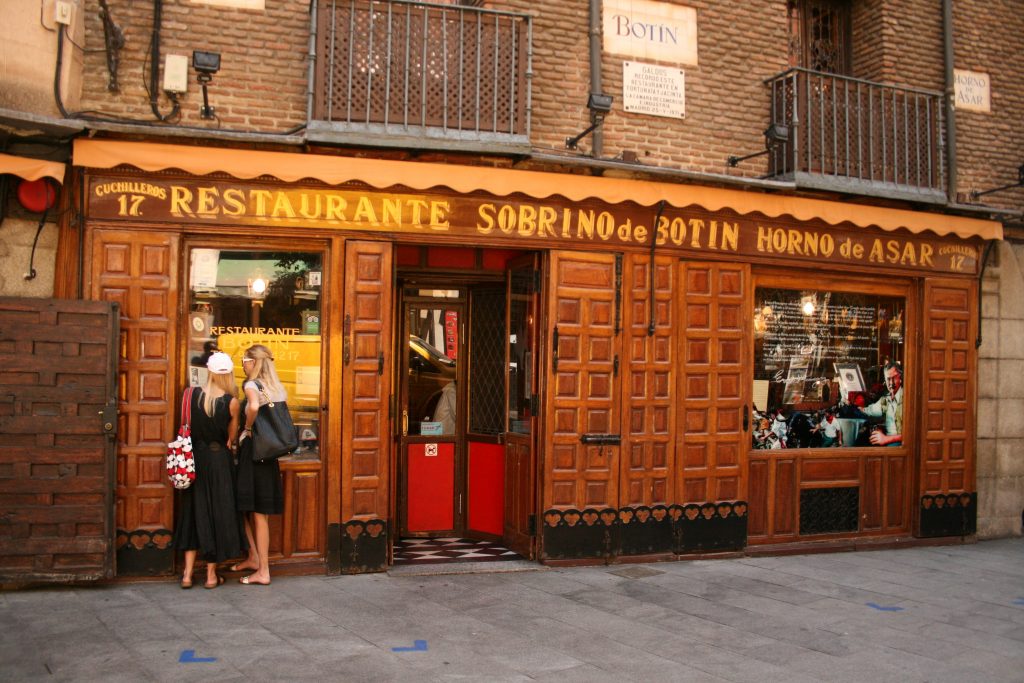 This new priority doesn’t just mean creating food that can be photographed for social media, although plenty of eateries already cater to that need with the likes of grey ice cream and multicoloured bagels. Instead, the challenge for businesses is to make their premises attractive to social media influencers, so they pose up a storm in front of your store or hotel, luring in followers hungry for the perfect photo opportunity.

Objective: attracting instagramers in search of the perfect shot

Evelyn’s Cafe Bar, in the Northern Quarter of Manchester, has been able to exploit the current desire of customers to have a photogenic background. Angus Pride, the owner, says he was inspired by the Cafe Culture of Los Angeles, well aligned with the Eastern and Middle Eastern concept at the base of the dishes and tastings served. Compatibility with social media was not part of the original project, but then, said Pride, “we realized we were very ‘Instafriendly’, and so we changed our approach. Today, it is a fundamental aspect of our entire activity “. 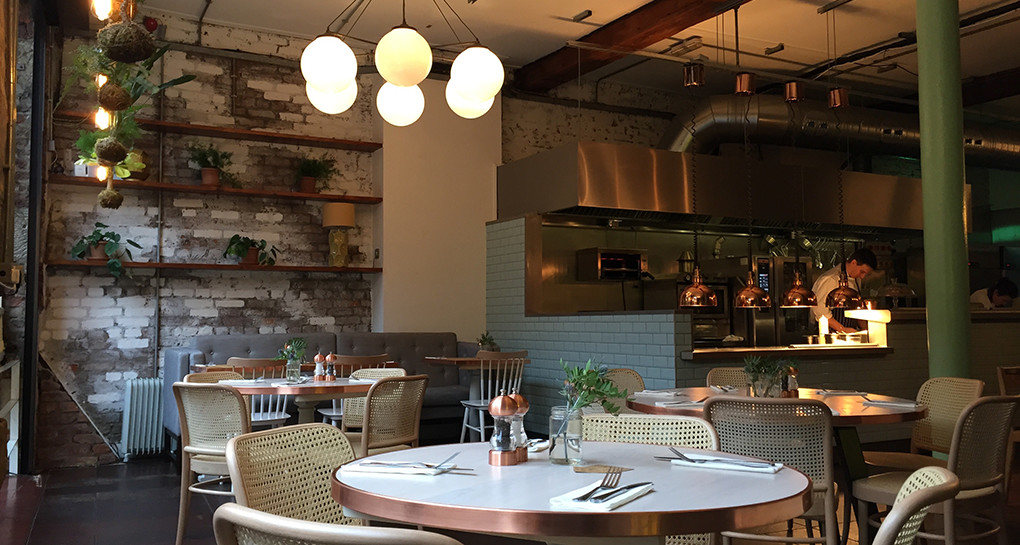 The cafe uses a mixture of textures and materials and is full of plants, but, says Pride, it puts a premium on design that has “longevity over something more contrived for the purposes of social media”.

Shoreditch, known as one of the most “trendy” district, works hard to seduce anyone with a smartphone. Its cafes and restaurants are stuffed with hanging plants, rose gold and inspirational signs, details designed to be perfectly posted on social media and also murals, pop-up shops and flower markets. 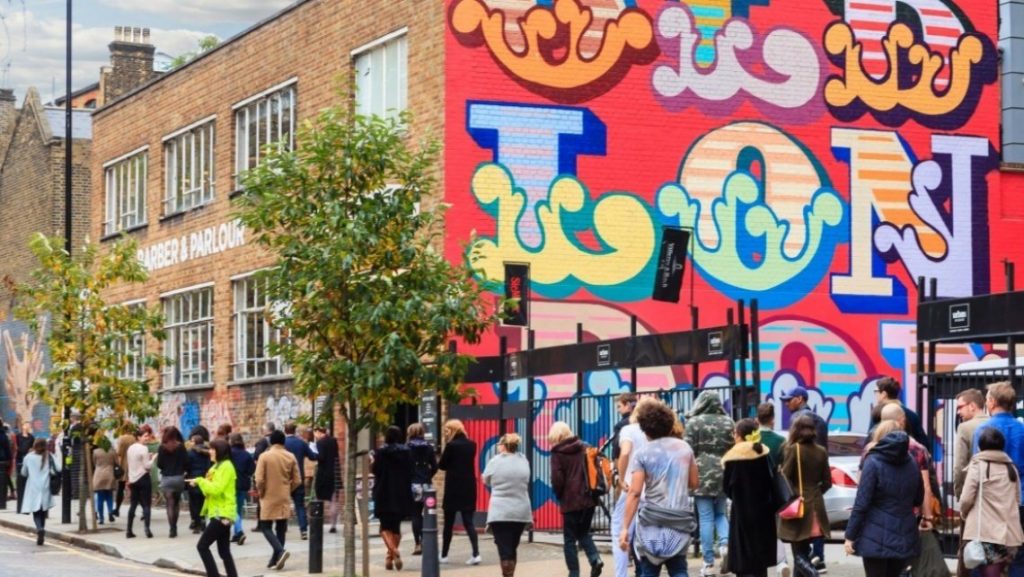 The spectacular regeneration of King’s Cross in London in recent years has been significant. Glittering glass buildings, plant-covered walls, colour-changing fountains and kitsch billboards. Every part of the area now features something that looks like a dream – from steps covered in fake grass where people eat lunch to a giant neon swing perfect to be photographed. Then, at King’s Cross station, there is the fictional platform 9¾ like in the Harry Potter books, where fans queue to make a picture. There is even a professional photographer to mark your moment. 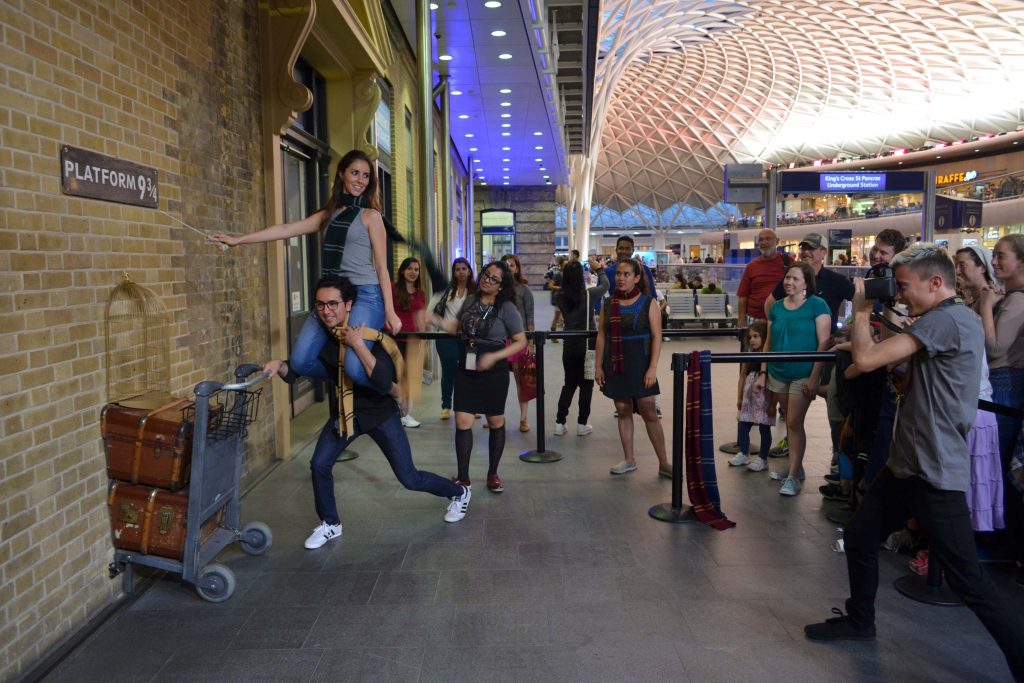 “What you see on Instagram, such as pastel-coloured houses and walls, seems to be becoming more visible in cities and suburbs. Instagram selfie-wall opportunities are cropping up everywhere, even at events. This is now the norm, so it makes sense for architects to plan them in. What will happen is that all our communal areas will take on a new look and feel to match the Insta need, but, in reality, this is what a trend is: something popular that works into our spaces and life. In 10 years, it will be something else”.

But London is not the only city for visual entertainment on the streets. In recent statistics released by Instagram, New York was the most photographed city, followed by Moscow and London. But is Los Angeles that has realised and harnessed the power of social media when it comes to design. Effectively a city below the famous Hollywood sign, it should not be much of a surprise,

Intelligentsia’s Silver Lake Coffeebar (designed by Bestor Architecure) is one of the first examples of how cafes are driving through being social media-oriented: everyone took a shoe-fie” on its tile floor and a search on social media shows the venue is a riot of colour, where the deep blue tiles command the most attention; the cafe now has 20,000 tagged photos by customers on Instagram 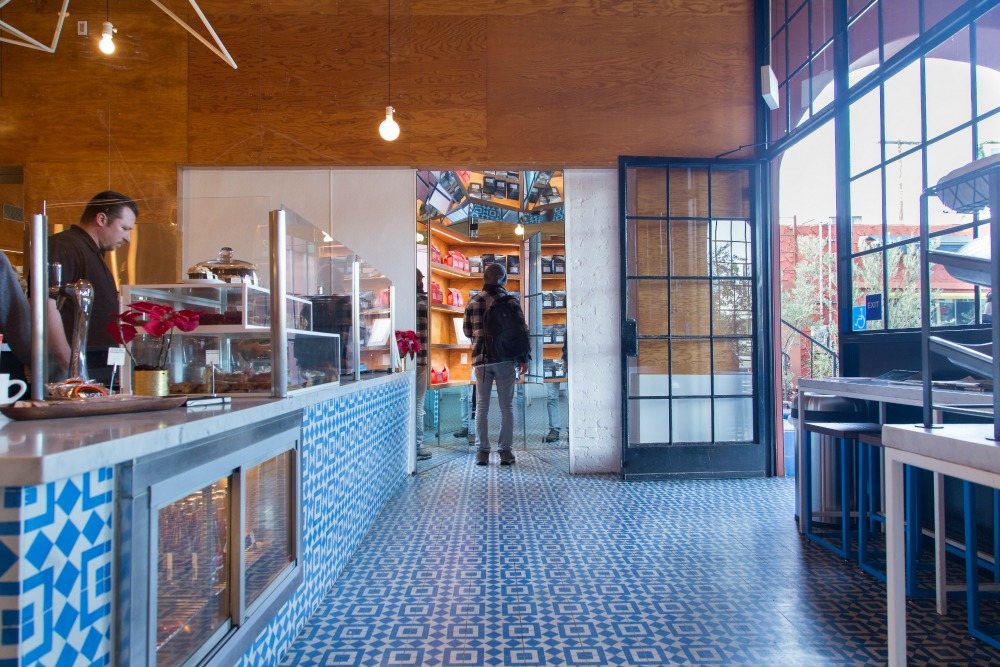 Some restaurants, like those in the Dirty Bones chain, even provide a “kit” for quality pictures. Here the owners, knowing that their dishes will be portrayed and published in thousands of posts, tend to set up not only the dishes but also the interior so as to make them just as “instagrammabili”: on the other hand, the added value of social media it is now well known.
Food and design, therefore, seem to almost travel at the same level of importance, or at least complement each other: today’s customer could also agree to go to a bad restaurant where the food is great, but who would rather not sit, instead, in an aesthetically pleasing environment to enjoy excellent food? 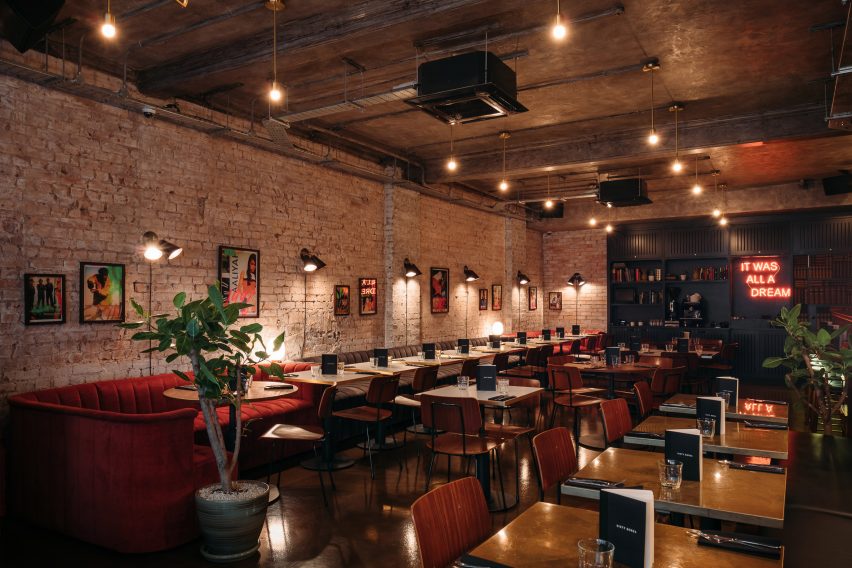 Not just clubs, even museums want to be “instafriendly”

It is not just clubs, cafes and the neighborhoods that adapt their space to the needs of the “smartphone generation”: today, even museums and public buildings use social media to increase the number of visitors. The Louvre is the most photographed museum on instagram; the digital popularity of the institution has recently increased, since Jay-Z and Beyoncé decided to shoot the video clip of their song Apeshit here. The managers took the opportunity to organize a special 90-minute tour that includes all the works represented in the video (with the possibility, of course, to document their participation with the inevitable selfie).

Elsewhere, other exhibitions focus on particularly bold dimensions and colors and on the maximum interactivity: Rain Room (2012), an installation at the Barbican Center, reproduced the sensations aroused by finding themselves in a pouring rain. Since then, he has travelled all over the world and has been immortalized by countless visitors.

In Venice, the great hands of the sculptor Lorenzo Quinn, emerging from the Grand Canal to support a building, have become the image most photographed by tourists on the vaporetti: who knows how many of them know that the work intends to put attention on climate change and the threat it implies for the lagoon city. 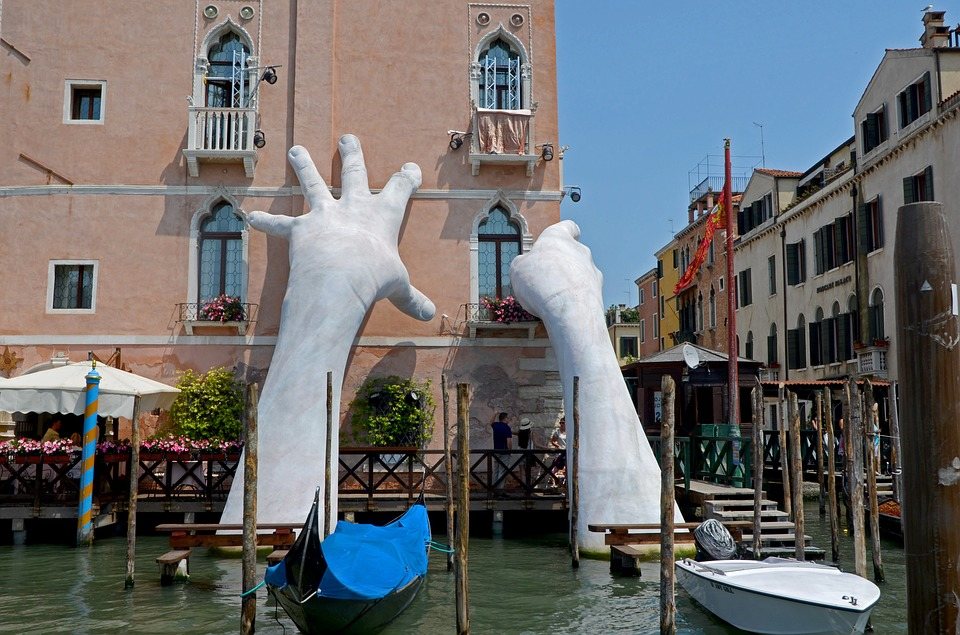 The best example of the impact of the current new generation of online photographers is perhaps the exhibition of the Japanese artist Yayoi Kusama, set up in Los Angeles in 2017. Tickets were sold out within an hour and although paintings were also exhibited and design objects made by Kusama, “mirror rooms” was the installation that actually attracted people inside. A visitor in particular, in an attempt to capture an image out of the ordinary, ended up damaging the installation; as a result, a 30-second limit was quickly introduced to stand in each space. The great success of the works, full of kaleidoscopic lights and mirrors in a seemingly endless succession, which lend themselves well to making the self-portrait stage, has triggered the debate on the current ways of using art: we are simply using it to promote the our image? 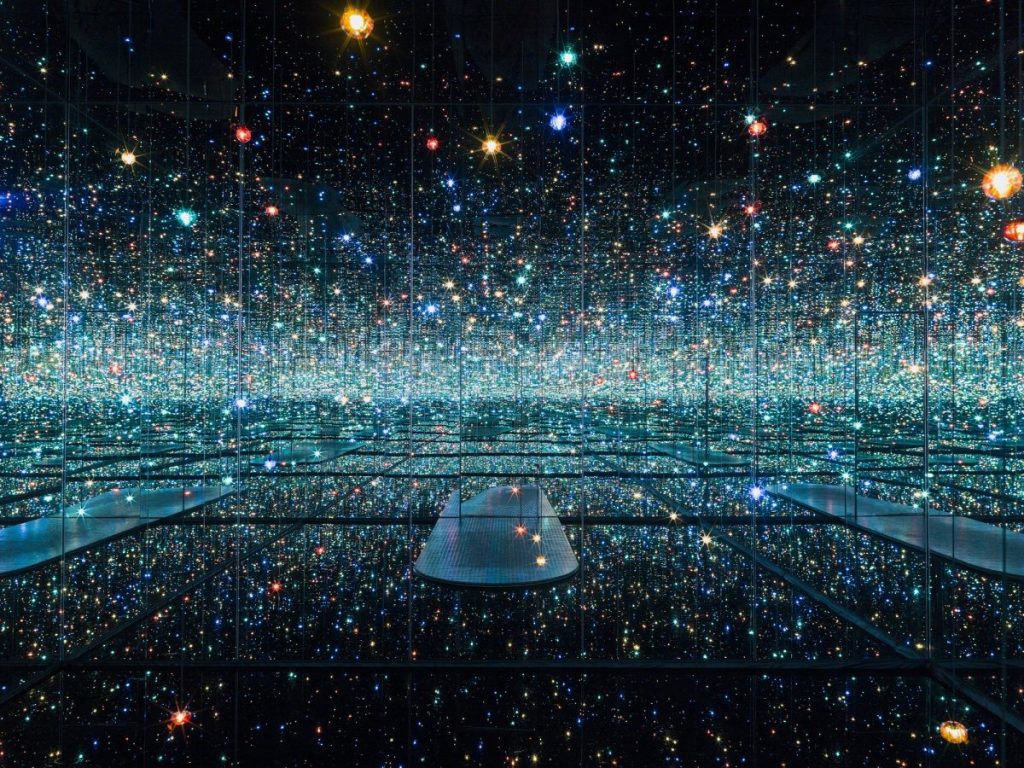 Amusement parks like Dreamland, in Margate, England, have been created to allow users to spend a whole day taking pictures: the signs that once warned “no photo please” are increasingly replaced by others who instead invite to capture images, adding, for safety, even the right hashtags. 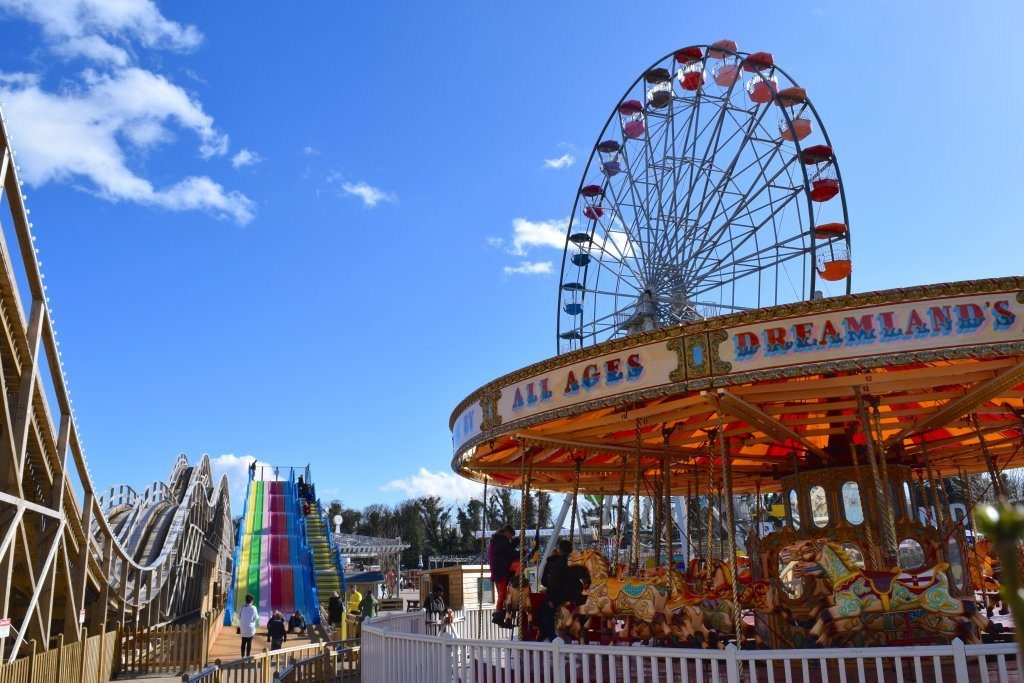 The trend to document online everything we see has prompted some architects to modulate scale and consequently to play with the shapes of their works in order to draw attention. A striking example is the Bjarke Ingels Group (BIG) – architectural firm – which has designed a hotel with a ski slope on the roof, buildings that seem to dance together and a theater whose lines resemble an evening tie. The same group, recently, created a building in imitation of a gigantic construction of Lego bricks. In architecture, the trend is to obtain ever more amazing shapes: a game that is very successful at BIG, and now other less famous studios are following the same path. 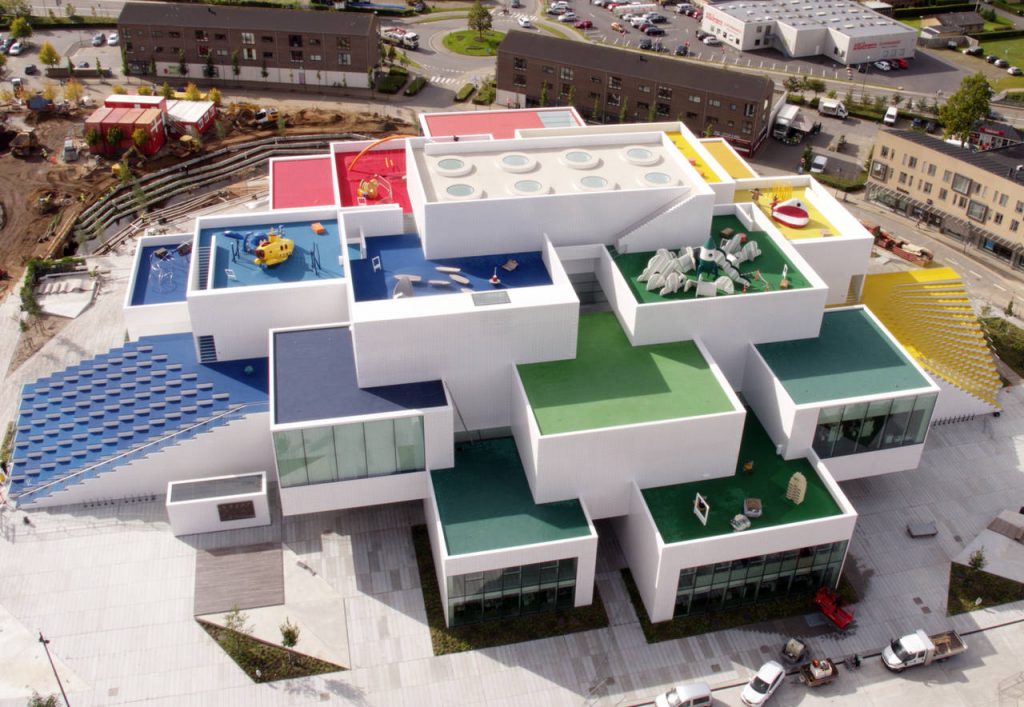 What impact does all this have on innovation in design? The more we rely on our smartphones, the more our ability to concentrate seems to decrease and that is why shops and spaces we visit are forced to multiply and continuously empower the offer of new experiences to make us live through our devices, constantly changing aesthetics. It is true, however, that in these endless proposals there is the risk of confusing one place with another, interpreting what surrounds us as a simple background for our personal photo album. Today we too, constantly engaged in traffic with the filters of our applications, we seem not to attribute due importance to the beauty that surrounds us.

But if we look at everything through a screen, do we risk to miss the bigger picture? What do you think?